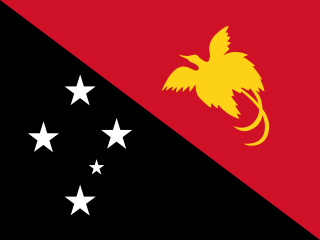 On average over the past five years, we have sponsored 9 girls per year in Papua New Guinea.

The following story is from one of our beneficiaries, highlighting her ambition and the obstacles that prevented her from completing secondary school before she was sponsored.

To protect her identity, the name of the girl has been changed.

“This is my main aim, to help my poor people after completing my education, because my people need such educated people to help them. … This is the only hope”

Joyceline Tapole was a straight-A student, top of the class in almost all her subjects. Her ambition was to become an agriculturist so that she could serve the community in her remote mountain village and teach them how to grow better crops.

Joyceline and her five younger brothers and sisters grew up in a remote mountain village. Her parents were uneducated and made what little income they could from selling produce at market. However, their village had no proper road, which meant that they were often cut off from this crucial lifeline and the chance to sell their crops. Despite being one of the brightest students at school, Joyceline was forced to leave before completing secondary school, as her parents could no longer afford to pay her fees.

A fortuitous meeting at the local health centre would change the course of Joyceline’s life. There she met a Midwife Nursing Officer named Lindia, who had been sponsored by the CGEF in the 1990s. Lindia told her about the work of the CGEF and how they had helped her and other girls around the Commonwealth to complete secondary school.

Joyceline travelled to her old school immediately and spoke to her principal, who contacted the CGEF. We had no hesitation in awarding sponsorship to Joyceline and six of her fellow students.

‘Praise the name CGEF!’ she wrote to us in a joyful letter the following year, after successfully completing her education. Her family had been forced to move again due to political unrest and violence in the run-up to an election. Law and order had completely broken down in her village, with properties destroyed, animals killed and their lives, under threat. However, this did little to dampen Joyceline’s spirits. Her letter, written to us in December, is full of warmth, gratitude and obvious excitement at beginning the next chapter of her life.

Just three months later, we received a devastating letter from her principal. Joyceline and her entire family had been killed by a 7.5 magnitude earthquake that struck the country. Hundreds of people were killed and thousands more lost their homes.

A letter from one of Joyceline’s classmates, Jenny, brought some happier news. Despite the disruptions of the earthquake and political unrest, Jenny successfully completed secondary school with the help of the CGEF. She has just passed her exams to join the Papua New Guinea Defence Force and will soon start her training to be a nursing officer. She hopes to join the army medical team and serve her country.

“What the CGEF and the Board of Trustees have done for me, I will never forget in my life time”

Joyceline’s and Jenny’s stories remind us how easily unforeseen disasters – natural and manmade – can disrupt a girl’s education, which is often when the CGEF can step in to help.